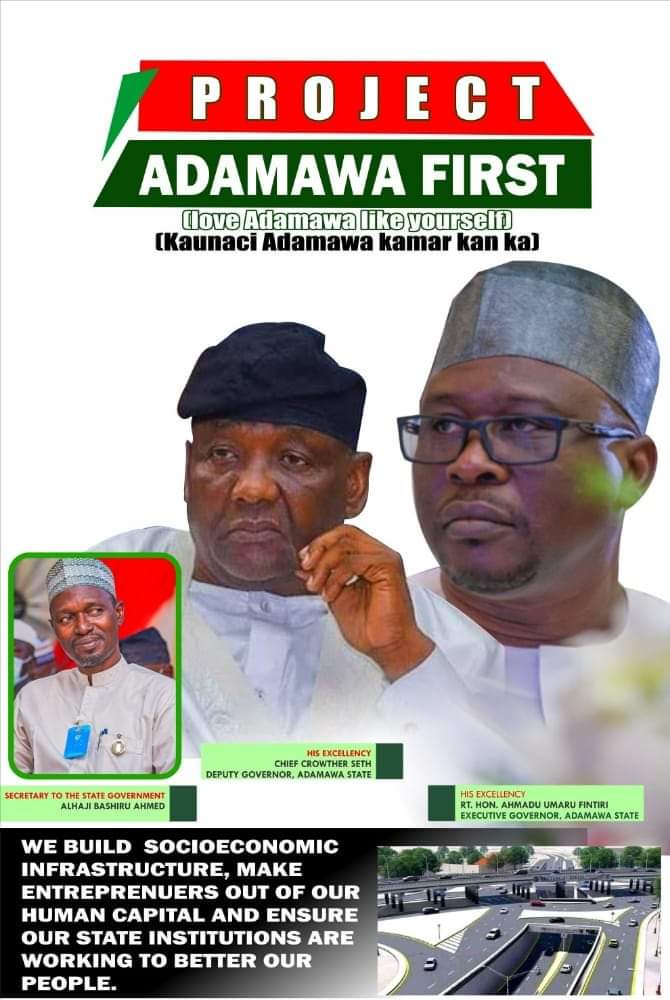 Last Updated on November 23, 2020 by thegiantreport

Research has revealed that Sir Ahmadu Umaru Fintiri’s ability to pull together the three fold strings and his personal inherent positive tendencies was the fountain from which the wisdom seen in his leadership strides today springs from.

The centre of his success is God and all other things that the research unveiled are the attributes of a man that depends on Allah for guidance and strategic in applying basic principles that reaches out to everyone in a humane way.

The heart that embraces opportunities and creates access on the premise of equality for all classes of people.

In politics today, apart from that unseen force which each major political party face’s equally, which I term and call “The Fifth Order.
All other things being equal my claims should blow your mind.

The above are what makes up the hundred percent of any winner in a fair competition.
The other obstacles are the assumed possibilities that historical records proved when not managed by any political party in past led to failures.

This trended, not until recently that itvwas not allowed to stop the sense of reasoning, rather superior and calculated submissions played out allowing the tripod strategy to push aside the old time’s three magic wonders which I will mention as we proceed below.

Fintiri’s victory is synonymous to the word wow! As the olden days thinking seems to have failed going by the Adamawa trend of events. They are
1*Abuja dictates
2*Family Supremacy
3*Religious/tribal sentiments

In as much as Abuja is crucial and important yet the grassroot factor in Adamawa has proved that the God factor is ultimate, and can nullify all the three and give power to whom the land needs to heal it and bring it out of the decay it suffered in the past.

No wonder the cry of those that depended on the former is loudest, but I do not blame them. They should by now have learnt from the ATM Governor, the need to value all mediums equally, giving room for all players to be part of a collective movement in the Adamawa first project.

Governor Ahmadu Umaru Fintiri, brought together the combination of the tripod, yet it could not have been possible without Fintiri’s basic skills of coming down low to the poor and blending so well with the very high at the same time at home where he spends most of his time as a grassroot politician, yet operates and keeps his Abuja/ abroad network as cordial as possible.

Furthermore the great ability to pick decisive, highly professional team players on his team remains one mystery of today’s government breakthroughs. These seems to make him the centre of success.

One wonders and certainly must concur with the statement that Fintiri’s giant strides will leave nothing else for opposition to use as a politicking promise come 2023.

ALSO READ :  How to become a party delegate in Nigeria

The ability to lead people with diverse religious differences, tribes,combining the skills of being a leader and a father to everyone did not come easy. Well some may say he had gathered the experience over time as a result of having felt the pain of the weak and have not in our society.

Also another school of thought claim his rising to have overtime made him acquire the skills to manage wealth and success too early…..well which ever way, I summed all these experiences as one word “Prowess.

He stands out, he defines his space and accommodates whoever humbles himself sincerely to come close to him.

Mr. Dogo Victor is the SSA(Social Mobilization) to the Adamawa State Governor