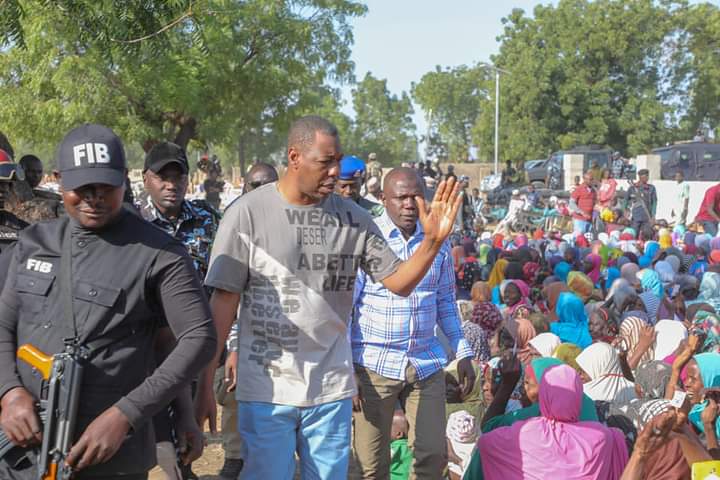 At the weekend, Borno Governor, Professor Babagana Umara Zulum was on his third trip to Baga, a fishing community in shores of the Lake Chad, during which he undertook both humanitarian and developmental activities.

Zulum was in Baga back in July, and September this year, before returning from Saturday to Sunday.

During his weekend activities in Baga, Zulum’s attention was caught by the untiring commitment of 15 villagers who had been rendering volunteer healthcare services in supporting medical practitioners to cater for the well being of resettled displaced families. 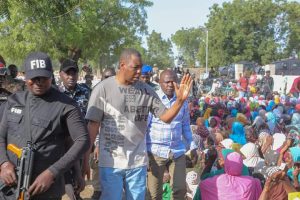 Governor Zulum was so impressed that after reviewing their selfless efforts, he directed Borno State scholarship board to fully fund the 15 volunteers workers to, depending on their eligibility for admission and individual interests, study medicine, nursing and midwifery at tertiary schools in Maiduguri, the state capital.

The Governor spent the most part of his day and night in Baga town, supervising the distribution of N50 million cash and food varieties to 5,000 resettled families with humanitarian needs.

Each of the 5,000 households, received a bag of rice, a bag of beans, a bag of maize grain and condiments and some cash.

Zulum explained that some of the relief items distributed were donated by the National Emergency Management Agency (NEMA) and North East Development Commission (NEDC). The Governor thanked and commended both federal establishments for continously supporting the state government.

Aside humanitarian activities, Zulum’s visit was to build community resilience and confidence among the returnees.

The Governor inspected ongoing reconstructions works and key projects that include Baga’s General Hospital which was started during the administration of former Governor Kashim Shettima. He directed speedy completion to meet healthcare needs of growing population in Baga.

“In the next 3 or 4 months, insha’Allah, I believe we can complete this general hospital, because by the town is filled to its capacity, the existing primary healthcare centre cannot take care of the people” Zulum said.

The governor also inspected all water facilities in Baga to ascertain functionality and needs for rehabilitation. In one of the facility (Baga mega water project) being constructed by the federal government, Zulum directed the state ministry of water resources to liase with the federal ministry of water to see the possibilities of the project taken over by the state government.

The project when completed, will supply 80,000 gallons of water daily to the communities.

Zulum was also at Baga Central Primary School, where he ordered acceleration of construction work to enable pupils return to their classrooms.

At Government Girls Secondary School, Baga, Zulum ordered complete rehabilitation of the school. He directed the Chairman of Baga resettlement committee, Barr. Kaka Shehu Lawan to liase with the ministry of education for deployment of a team of engineers to assess damages caused by insurgents so that provision can be made in the 2021 budget.

Governor Zulum was also at various military formations in Baga town and its environs to interact and boos the moral of troops. He ordered rehabilitation of two of the military locations he visited. He expressed appreciation to the troops for patriotism.