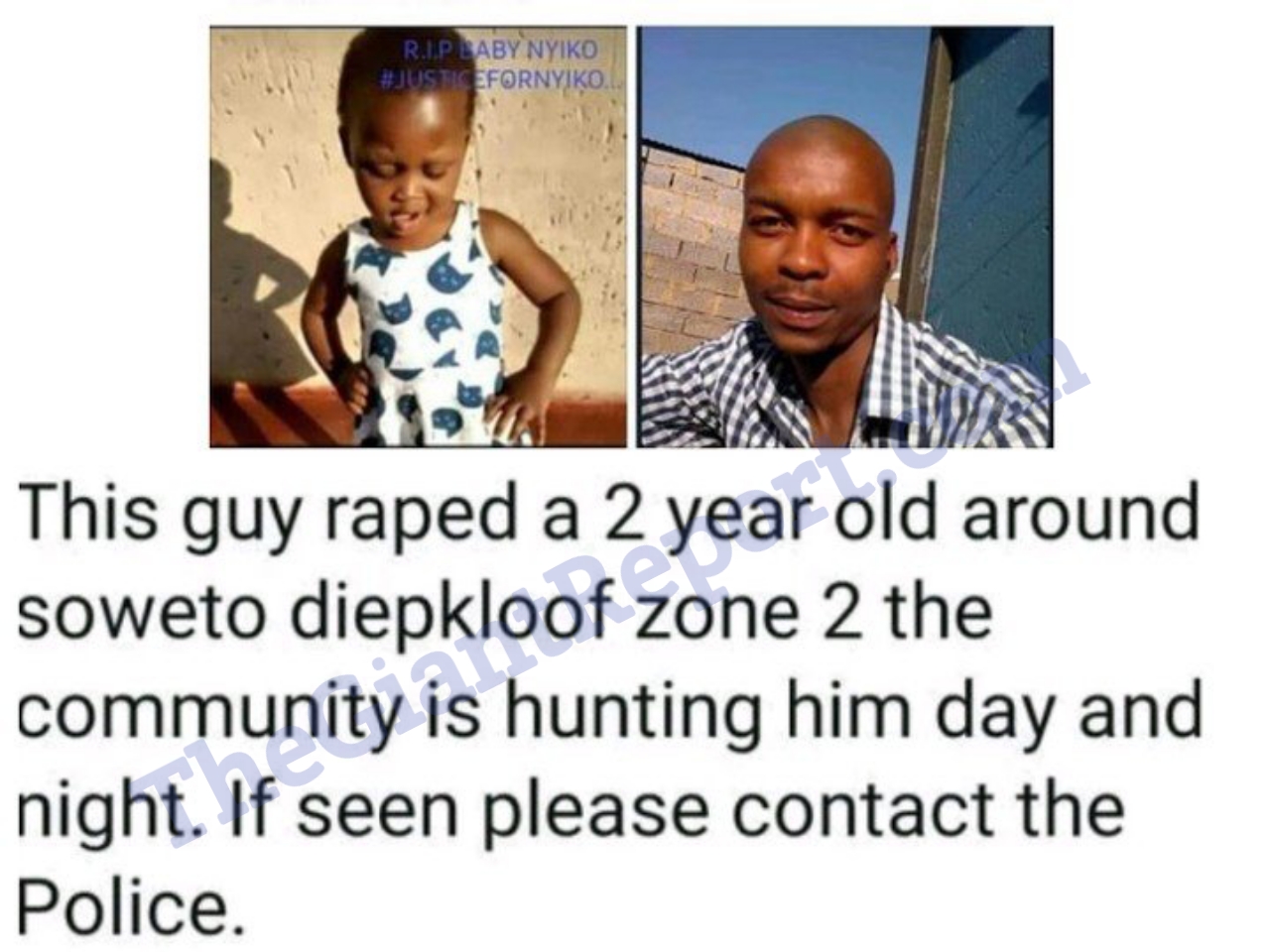 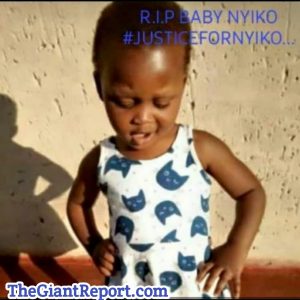 A 2-year-old child, Nyiko was allegedly repeatedly raped and beaten to death by her teen mother’s 30-year-old boyfriend in Diepkloof, Soweto.

The 17-year-old mother and her boyfriend identified as Tebogo Ramokgopa, were arrested on Tuesday, November 24, and are expected to appear in the Protea Magistrate Court, on Wednesday, November 25.

The incident occurred on November 15 while the child succumbed to injuries and was certified dead on 19 November.

The mother, who is heavily pregnant and her boyfriend fled after the death of the child at Chris Hani Baragwanath Academic Hospital but were hunted down and arrested by police.

According to the police, on 16 November 2020, members of the Family Violence, Child Protection and Sexual Offences (FCS) specialised unit were summoned by a medical practitioner from Baragwanath Hospital, alerting police of the rape of a two-year-old child who had been assaulted and brought in the previous night for medical attention.

An urgent forensic investigation was embarked on and all relevant forensic evidence collected for processing by the SAPS Forensic Science Laboratory.

It was only on the Tuesday, 17 November 2020 that the mother of the victim came to report the incident to the police. Nevertheless, this assisted police in obtaining vital information towards building a solid case in order to secure arrests.

During the preliminary investigation, police were able to establish that on Sunday 15 November 2020, the mother of the deceased toddler had left her two-year-old daughter in the care of her boyfriend for about two hours. On her return around 20h30, she allegedly found the boyfriend not around but instead, the boyfriend’s father was home, and the child was asleep. She went to sleep not wanting to disturb the child.

According to the complainant, she woke up in the middle of the night to check on the child only to find the child with serious injuries to her face. She took the child to nearby Baragwanath Hospital for medical attention. The outcome of the medical examination found that the child had been penetrated and that is when the doctor called the police.

Sadly, the child succumbed to injuries and was certified dead on Thursday 19 November 2020; and the initial case of assault with intention to cause grievous bodily harm was subsequently changed to murder.

Investigations continue pending the outcome of the forensic analysis as police seek to build a watertight case that can stand in court and see justice served.

Police have reason to believe that the deceased child may have suffered previous abuse at the hands of her step-father and this went unreported. This is the basis of the arrest of the teenage mother who in this instance, only reported the incident to the police two days later. 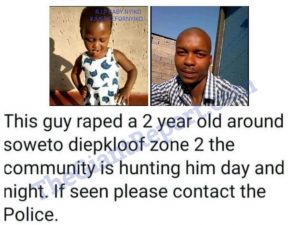 The Acting Provincial Commissioner of the police in Gauteng, Major General Patricia Rampota has welcomed the arrest and urged the investigating team to ensure that all bases are covered towards attaining justice for the two-year-old child.

“The SAPS remains committed to upholding the rights of victims of gender based and domestic violence and femicide, and to prioritise the investigation of all cases where women, children and other vulnerable persons are victims.” the statement reads.