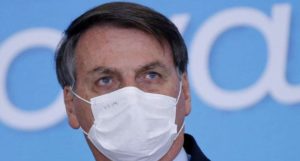 The figure for the July-September period was the third straight record for joblessness in Brazil.

Another 5.9 million have given up looking for work another record, and a worrying sign for the economy.

The unemployment rate was up from 11.8 percent during the same quarter last year and 14.4 percent for the June-August period in 2020.

The latest rate was the highest since that system was introduced in 2012.

Brazil, Latin America’s biggest country, with 212 million people, entered a recession in the second quarter of the year with a record economic contraction of 9.7 per cent.

It has been hit hard by the pandemic, which has killed more than 170,000 people in Brazil, the second-highest death toll worldwide, after the United States.

In this Post we will show you some of the top Easy skills you can Learn and easily get a job in Canada! Some might even include Visa sponsorship. There are some skills that when they are learned, can give you an easy pathway to travel to any part of the world like Canada where […]

Do you know that you can work in Canada without a degree or work experience? Moving to Canada or other developed countries is not easy but we are constantly doing our best to provide the latest information on easy and cheap immigration paths, to those looking to move to a new country. One of the […]