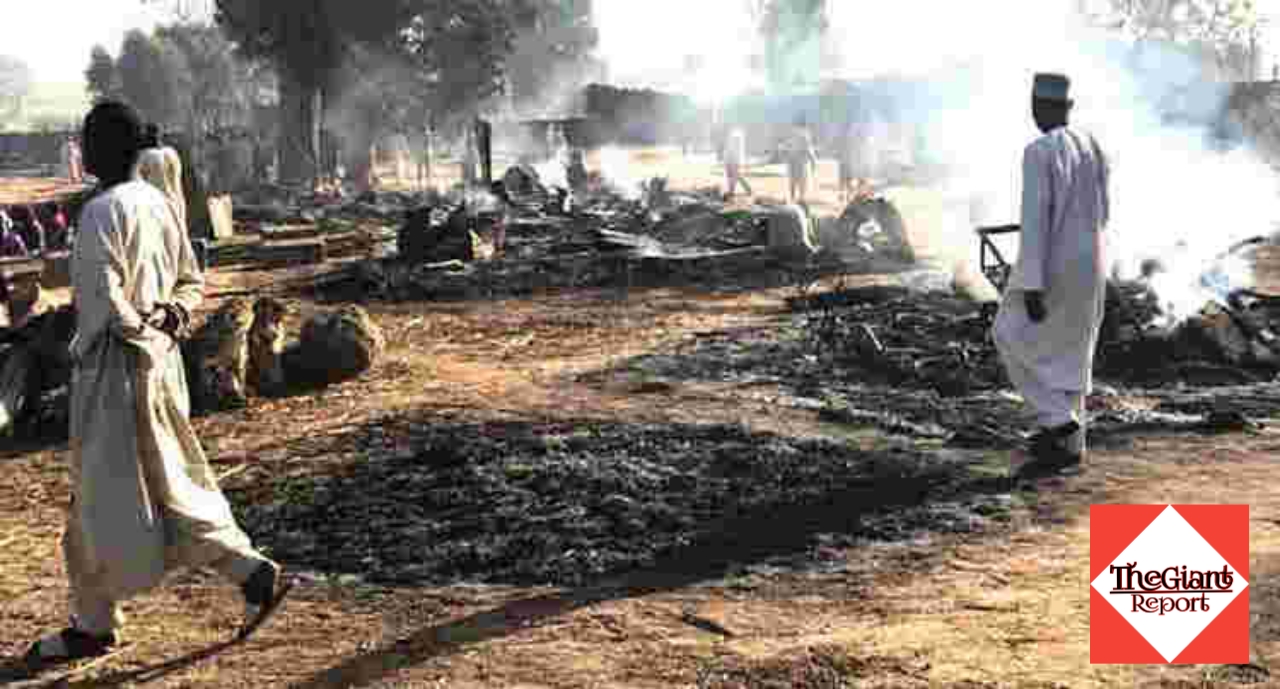 According to an eyewitness who does not want his name in print for security reason, the armed bandits first stormed Magami village with many motorcycles, killing one person while several villagers escaped into the forests.

He said that the bandits broke so many shops and made away with various goods including food items worth hundreds of thousands of Naira.

“When they stormed the village with high speed, everybody was apprehensive because of the sophisticated weapons they carried,”

The source said that as they were done with Magami village, they proceeded to Sabon Garin community where they also killed one villager while others escaped with various degrees of injuries.

” From Sabon Garin, the armed bandits made their way to Tungar Haya community where they set the village ablaze, killing one person in the process.”

When  TheGiantReport contacted the State Police Public Relation Officer (PPRO), SP Mohammed Shehu, he confirmed the incident, saying that three persons were killed but that only two villages were attacked and not three as being speculated by the villagers.

Shehu, however, gave the names of the two villages as Magami and Tungar Haya communities, pointing out that a team of armed policemen have been deployed to the axis to fish out the bandits and secure the areas.