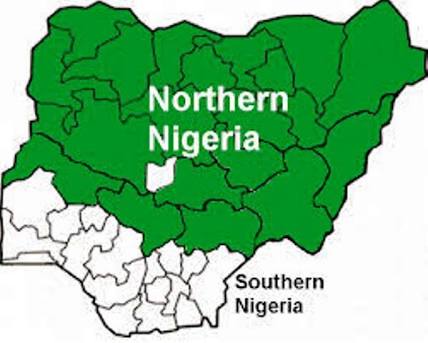 Buhari, Banditry and the North

Recently, more often than before, Nigeria has been trending on both local and international media over ceaseless kidnappings, banditry, robbery and other criminalities in the Country.

According to BBC Hausa Service, 16 people were killed on the Abuja–Kaduna Expressway while 18 people were kidnapped last week in Zamfara State. Who is safe? 12 police ASPs were also kidnapped. Kidnaped? One imagines whether their guns were with them. Although they were later released, it was a national disgrace; one who protects others was captured.

Many of such devastating news have reached our eardrums as sympathetic to the victims but, the government seems to be lackadaisical towards addressing the menace. In Zamfara State, farmers are asked to pay a certain amount by bandits before their farm produce could be harvested. Multiple taxes without TSA.

Banditry has found a laying bed in Northern Nigeria and the government is aloof. What has Buhari’s government that was enthroned to solve the insecurity in the land done? In the first tenure, they found it difficult to resolve the situation at hand, rather brought unnecessary hardships among reasonable individuals.

Like a ‘child play’, it started in 2009 and now, Boko Haram has reportedly killed tens of thousands and displaced over 2.3 million from their ancestral homes –and was at one time the world’s deadliest terror group according to the Global Terrorism Index.

Sadly, among 2.3 million people that were displaced in 2013, at least 250,000 have left Nigeria and fled into neighboring countries like Cameroon, Chad and Niger. Boko Haram terrorists have killed over 6,600 in 2014. This is sad. The group has carried out mass abductions including the kidnapping of 276 schoolgirls from Chibok in April 2014.

ALSO READ :  The Nigeria Police Shooting itself in the Foot!

Corruption in the security services and human rights abuses committed by them have hampered efforts to counter the unrest. Nigeria is seeing a wave of kidnapping that is cutting across every socio-economic class. According to police, 685 kidnappings occurred nationwide in the first quarter of the year, an average of seven per day. Kidnappers demand between $1,000 to $150,000 as ransom, depending on the financial resources of the victims.

I read in a report, where a resident of Rijana recounted his experience in the hands of the ‘big boys’, he said: “We couldn’t sleep on Sunday because the incidents took place a few metres from our village and the bandits returned around midnight shooting in the air.” According to him, “Although I cannot say how many people were killed, I know the highway was blocked four times on Sunday evening.

“A few months back, the road was safe but the truth is that the bandits have resurfaced…” What about the girls that were raped?

Only God is the hope of the bleeding North, now. Come to our rescue, the service chiefs who are Northerners seem to be afraid of passing a night in their towns. To our representatives, it’s time to play your role in ensuring that the people that send you to the house stop suffering from the insecurity and begin to go about their daily activities peacefully.

Address poverty, it is breaking our ribs. Though the government has been trying to cushion the hardship by creating social investment programmes but more should be done.

The Border was closed since, where and how are they importing those ammunitions? An illiterate person who knows nothing , knows how to handle guns that are equipped digitally. The Government needs to wake up and face the realities of the situation. The earlier it does, the better and easier it will be for us. Secure the North.