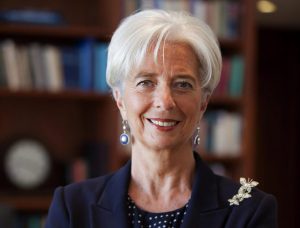 European Central Bank (ECB) leader, Christine Lagarde, is leading the campaign for a digital euro but doesn’t see the flagship crypto, Bitcoin, and other cryptos as ideal for payment.

The ECB leader acknowledged the gains of having blockchain technology in play, but was critical about Bitcoin and other cryptos, particularly on the bias that it’s too volatile to be used in making payments.

“The main risk lies in relying purely on technology and the flawed concept of there being no identifiable issuer or claim. This also means that users cannot rely on crypto-assets maintaining a stable value: they are highly volatile, illiquid, speculative, and so do not fulfill all the functions of money,” Lagarde said.

In this COVID-19 era, Lagarde has declared her support for the digitalization of the Euro, elaborating deeper on what a digital euro could do, such as providing its citizens unrestricted access to money that is backed by a central bank, and allowing the Euro geopolitical area to maintain its monetary status quo.

“It could be important in a range of future scenarios, from a decline in the use of cash to pre-empting the uptake of foreign digital currencies in the euro area. Issuing a digital euro might become necessary to ensure both continued access to central bank money and monetary sovereignty.

“A properly designed digital euro would create synergies with the payments industry and enable the private sector to build new businesses based on digital euro-related services,” Lagarde added.

In this article we will provide you with some of the top books you will need to read as an entrepreneur or business owner. The books we share with you here will also be valuable to leaders not just business owners. First book on our list: Rich dad poor dad:  Rich Dad Poor Dad tells the […]

As a Nigerian citizen you must enroll yourself and get your Nigeria Identity Card by NIN, let discuss all the steps involved in applying for the National ID card in Nigeria. In Nigeria, there are various forms of Identity Document; however, the most basic and most recommended one to obtain is the national ID card. […]