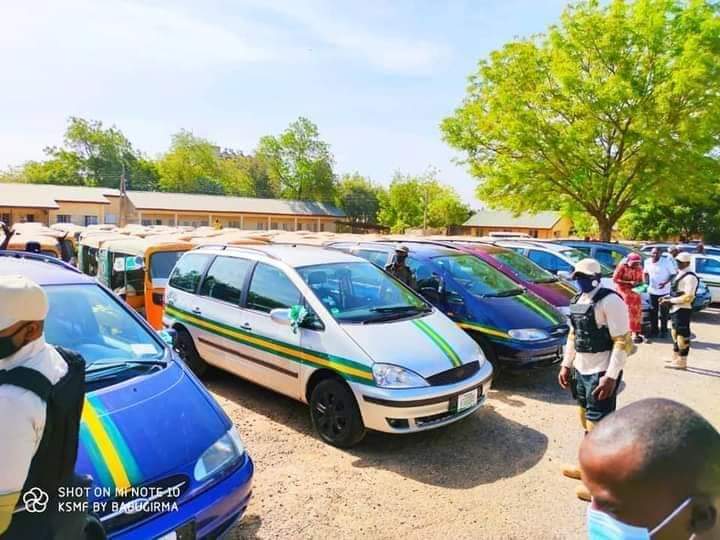 His Excellency, the Executive Governor of Bauchi State Senator Bala Abdulkadir Mohammed today performed the official commissioning ceremony of the distribution of 655 units of Keke Napep and 154 units of commercial motor vehicles.

Speaking at the occasion, Governor Bala said the development is to contribute to the improvement of transport system in the state and to give citizens the opportunity to participate in more viable economic activities for self reliance.

He expressed gratitude to Almighty Allah for making it possible for him to commission and distribute these two vital economic tools for the benefit of the teeming number of beneficiaries, their families and the general public.

He said the idea to initiate and undertake the vital projects was convinced out of his sincere hope, care and concern towards moving the state out of poverty.

The Governor said the combined projects of Keke Napep and Commercial Motor vehicles commissioned were executed under the umbrella of what the planners termed and called Kaura Economic Empowerment Programme(KEEP 2020).

Governor Bala said the 3rd components of disbursing interest free commercial loans to traders and artisans in the state is at concluding stage where money in cash will be released to the leadership of the traders through the Ministry of Cooperatives to arrange, disburse and recover at the appropriate time.

He addedthat, the same Ministry is now recovering what was disbursed by the previous administration for further release to fresh beneficiaries as revolving scheme.

The Governor said with today’s ceremony, streets will be busier with number of Keke Napep and motor parks will be in activities for an improved transport opportunity.

The historical event was attended by the Emirs of Katagum and Misau, Chief Judge and Grand Khadi, Secretary to the State Government, Chief of Staff, Honorable Commissioners among others.