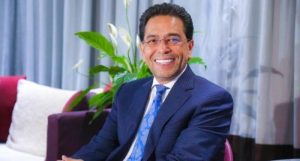 Today Nigeria News @TheGiantReport : The sum of $53 million, which is the proceeds from sales of foreign airlines’ ticket, are trapped in Nigeria.

This was disclosed by the International Air Transport Association’s (IATA) Regional Vice President for Africa and the Middle East (AME), Mr. Muhammed Albakri, at its 76th Annual General Meeting.

Albakri explained that foreign airlines operating into Nigeria are having difficulties repatriating the fund back to their operational base.

He stated that Nigeria and other African countries have blocked funds that amounted to $516 million.

IATA has been at the forefront of the campaign, soliciting governments’ support for the aviation industry in order to salvage the situation.

Nigeria is not the only country with trapped funds but fourth among 12 others with similar issues.

What it means: The IATA’s disclosure is an indication that the airlines could not access foreign exchange (forex) by operators due to COVID-19 pandemic, as most countries are struggling economically with its attendant effect on global airline industry.

What you need to know: International airlines are owed $824 million globally and $516 million out of $824 million in blocked funds is in Africa. With the IATA revelation, it means the rest of the world has $308 million of the blocked funds.

How to easily relocate to Canada, US, UK, Australia, as an African.

See how you Can easily move abroad, to US, UK, Australia, Europe easily as a Nigerian, or African. If you’ve been considering traveling abroad and looking for the easy route or don’t know where to start then this article is definitely for you. Immigration has always been a part of human history. And in the […]

Unbelievable Brazil’s unemployment rate has hit a record 14.6 percent as the pandemic slammed Latin America’s largest economy, the government reported Friday The figure for the July-September period was the third straight record for joblessness in Brazil. A total of 14.1 million workers were seeking jobs, said Brazilian statistics institute IBGE. Another 5.9 million have […]