The Mother of the Oyo state Governor Mama Abigail Omojolagbe Makinde has been laid to rest in Ibadan, the Oyo State capital.
Mama Abigail was 81.

Governor Ahmadu Umaru Fintiri of Adamawa State alongside serving and former Governors from across Nigeria were in Ibadan to honour late Mama Abigail Omojolagbe Makinde and to Commiserate with the Makinde family.

Others include, Governor Dapo Abiodun of Ogun, Udom Emmanuel of Akwa Ibom, and Rotimi Akeredolu of Ondo state.

The funeral service was held at the St. Peters Cathedral of the Anglican Communion Ibadan.

Governor Seyi Makinde in a thank you message, appreciated his Brother Governors for the honour and love shown to him and the family during their trying moment.

Governor Makinde who described his late Mother as a disciplinarian, noted that her counsel made him what he is today.

Governor Ahmadu Umaru Fintiri had earlier visited the Makinde family compound where he urged the family to take solace in God. He noted that though the loss of a loved one is painful, especially for Governor Makinde who needed her wise counsel now to help him navigate the affairs of the state well, he however urged him to be strong and rely on God for direction.

Humwashi Wonosikou
Press Secretary to the Governor of Adamawa State
04:12:2020 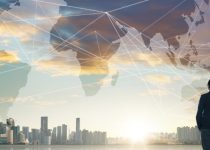