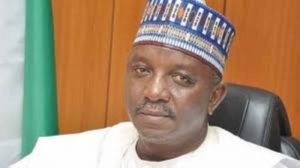 This was disclosed by the Minister of Power, Mr. Sale Mamman on Saturday after a tour of the power project sites.

The Minister of Power on Saturday said that projects that would be revived include the 60/40MVA Ampree substation, 132 KVA Ampree transmission lines, located in Arochukwu, Ohafia and Ubur-Ihechiowa,  and whose contracts were awarded in 2001.

The Minister says he was shocked to find out that despite being nearly 95% complete the projects were abandoned over 10 years ago, and pledged that the contract would be rewarded for completion.

The power projects are of immense benefit to the people because they will not only boost their electricity supply but also give room for expansion to cover the entire Abia Senatorial districts,”

The FG has upped talks on power projects recently, last month the FG announced that it will sell the Geregu 2, Omotosho 2, and Calabar power plants for N434 billion in 2021. The FG also disclosed plans to concession major sports stadiums across the country.

The Nigeria Federal Government has disclosed the requirements that potential beneficiaries of its Transport track are expected to meet to access the N30,000 grant. This was disclosed by Vice President Yemi Osinbajo via his blog on Sunday. According to the VP, the scheme is meant for operators in the transport business like ride share drivers (Uber, Bolt, […]

Reason why: Advocacy is the key to achieving the Sustainable Development Goals in Nigeria

The Sustainable Development Goals (SDGs) are a set of 17 aspirations for economic, social, environmental and political prosperity that every country in the world is enjoined to achieve by 2030. The SDGs were launched by the United Nations in 2015 to replace the Millennium Development Goals (MDGs), the previous global goals whose timeline ran from 2000 to 2015. They were designed to […]

Unity Bank Nigeria Plc has projected a decline in its Profit After Tax (PAT) to N312 million for the first quarter of 2021 (Q1 2021), indicating a decline of 42.6% from the figure recorded in Q3, 2020. This is according to the latest earnings forecast of the firm, sent to the Nigerian Stock Exchange market. Key highlights of […]