… Zulum is first to win prize at first term

Zulum, who was among 8 winners in different categories, became the first to win the prize while serving his first term. Governors who won the award did so in their second term in office.

In September this year, Pat Utomi, a professor of political economy had announced the eight winners for the annual award for this year.

Utomi addressed a press conference via webinar on behalf of an advisory board of the public policy research and analysis centre, PPRAC, which is chaired by Professor Jubril Aminu, a former minister and senator. The board has Prince Emeka Obasi as executive secretary while members include Professor George Obiozor, Chief Marc Obara, Chief Tola Adeniyi, Alhaji Abdulazeez Udeh and Pat Utomi.

For good governance amongst Nigeria’s 36 governors, Prof Utomi had listed Governors Ifeanyi Okowa of Delta, another governor from the southeast in same ‘good governance’ category with Professor Zulum of Borno state as winners.

Utomi however took longer time to pay tribute to governor Zulum saying his performance had made him the toast of Nigerians from all part of the country.

The Zik prize for leadership has become one of Nigeria’s prestigious awards given the credibility of advisory board members of the PPRAC who are notable personalities most of them with background from the academia. 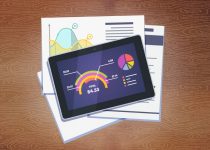