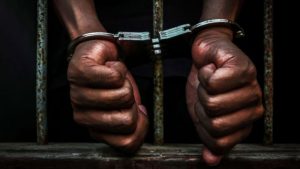 A 37-year-old headmistress, Christiana Ayeni, has landed in trouble while enforcing discipline by reportedly checking the private parts of four female students inside the school over virginity.

P.M.EXPRESS reports that the headmistress was arrested, arraigned in Court and was remanded in Ilesa Correctional Centre for unlawfully and indecently assaulting the students.

The incident happened at San Francesco Catholic College, Ejigbo, Osun State, where the victims were as boarding school students.

The Police alleged that the headmistress, Mrs. Ayeni, unlawfully and indecently assaulted a set of students namely, Mariam Ismael (18), Martha Alfa (15), Adefehintoluwa Ademuleyo (15) and Raphael Olamide (14), by touching their private parts within the hostel vicinity at the college.

She pleaded not guilty.

A South-South group, the Niger Delta Advancement League, NDAL, has vowed to throw their weight behind the South West in the 2023 presidential race. The group made its position known in a statement signed by its National Coordinator, Sunday Boniface and made available to thegiantreport on Wednesday. NDAL said it has carefully and critically studied […]

The House of Representatives has resolved to investigate a contract awarded in 2011 for the rehabilitation of the Port Harcourt-Makurdi section of the Eastern Rail Line valued at N19.2bn. The House is especially probing into the allegation that the contract was awarded to a ghost firm. The Minority Leader, Ndudi Elumelu, moved a motion of […]