The latest data from the National Bureau of Statistics reveals Lagos state borrowers obtained 77.7% of all banking sector loans by value given to states across the country. 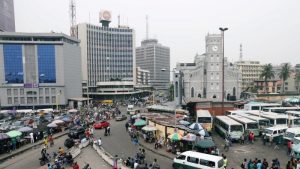 What the data says

About 32 states in the country got less than 1% of the loans and a combined 12.01% of the loans buttressing just how concentrated Lagos is when it comes to banking.

The Nigerian government and World Bank are collaborating to promote innovation in schools and to encourage the youth to participate effectively in skills development programmes. Director, Press and Public Relations, Federal Ministry of Education, Mr Ben. Bem Goong, says the full implementation of the project entitled, “Innovation Development and Effectiveness in the Acquisition of Skills,” […]

The Nigeria Federal Government has disclosed the requirements that potential beneficiaries of its Transport track are expected to meet to access the N30,000 grant. This was disclosed by Vice President Yemi Osinbajo via his blog on Sunday. According to the VP, the scheme is meant for operators in the transport business like ride share drivers (Uber, Bolt, […]

The Nigeria – Federal Government has announced the approval of charges on the soon to be inaugurated Lagos-Ibadan rail next month, standard gauge, expected to start operations by January 2021. This disclosure was made by the Minister of Transportation, Rotimi Amaechi, during the inauguration of the Governing Council of the Chartered Institute of Transportation Administration […]