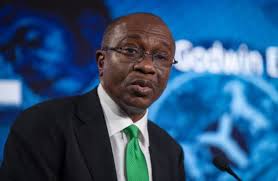 The new policy by the Central Bank of Nigeria (CBN) directing all exporters to present the Nigeria Export Proceed (NXP) number before exporting any good outside the country is currently causing a setback for international trade.

Already, the exporters of perishable items groan under the cumbersome process of acquiring the NXP number while their goods lie fallow at the ports. Those affected are afraid the goods could lose quality.

An importer and Secretary-General, National Cashew Association of Nigeria, Sotonye Anga, told our correspondent that the agricultural goods were about to perish at the terminal while they had waited endlessly for NXP number.

He appealed to the CBN Governor, Godwin Emefiele, to suspend the directive, which he described as a major setback to non-oil exports.

The documentation process involves NXP numbers, Form NXP, which is a mandatory document to be completed by all exporters through authorised dealer bank for shipment of goods outside the country.

Anga said: “We have been having issues with the NXP validation, which is a new procedure that CBN introduced. It came in so suddenly, introducing several agencies to validate the export process. First, you have the authorized dealer bank; the pre-inspection agency; the Nigeria Customs Service (NCS) and the Central Bank. All these have made the process very cumbersome.

“It is creating queues. Several containers are stranded now in the port terminals. The worst-case applies to perishable commodities. When you subject them to this kind of procedure, you will have some problems with their integrity. If cargoes remain in the containers, their quality deteriorates.”

He urged the CBN to suspend the programme.

“I understand that the governor means well for the economy. But there is no appropriate infrastructure to handle the procedure. All these would bring confusion, corruption, frustration and a whole lot of issues,” he said.

Anga said the government should have carried the stakeholders along, sensitised the exporters and created the right infrastructure.

“You don’t take people by surprise. If you ask me, I will tell you this is not working. Right now, the frustration the policy is bringing to agriculture commodity export is too much,” he lamented.

“They should introduce a good idea that will not kill exports, this system is beginning to shrink exports already. It is ill-timed. Not now that the economy is so battered, we are looking to increase non-oil revenue and diversification of the economy. You are not encouraging exports. We are calling on the CBN governor to suspend the programme. It is not helping non-oil export,” he stated.

President of Cocoa Exporters Association of Nigeria, Pius Ayodele, had earlier said that about 100,000 tons of cocoa beans are trapped at the ports and another 100,000 tonnes of a variety of agricultural commodities are in warehouses around the country.

He said it now takes an average of 40 days, instead of seven days, to get approvals to clear a container for shipping.

The CBN had earlier in October threatened to sanction exporters who ship out goods without NXP numbers.

Emefiele noted that it has been discovered that many shipping companies do not comply with the Federal Government’s directives that such shipments carry NXP number.