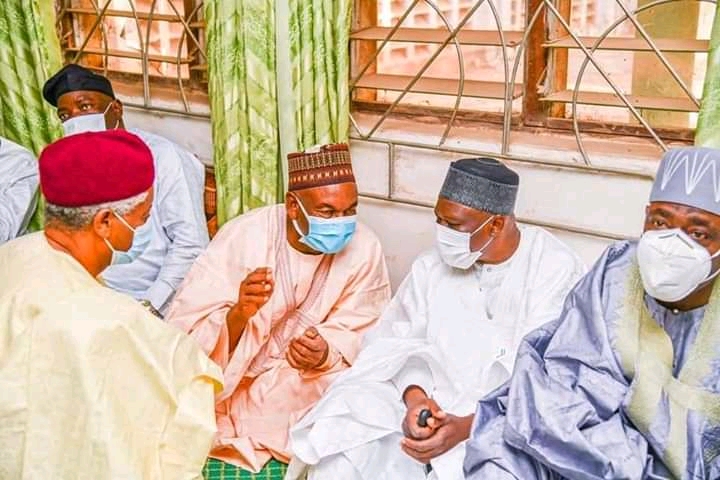 The Governor accompanied by Secretary to the State Government (SSG), Malam Bashir Ahmad among other senior government officials described the loss as a great one to the people of Adamawa.

He said the elder statesman will be sorely missed by not only the bereaved family but the people and prayed to God to grant the soul of the deceased eternal rest and the family the fortitude to bear the irreparable loss.

The Governor was received during the condolence visit by the Galadima Adamawa Alhaji Mustafa Aminu and other members of the immediate family who thanked him for identifying with them during their moment of grief.

Late Alhaji Murtala Aminu, former Galadima Adamawa died at the age of eighty three after an illness at the Federal Medical Centre FMC, Yola and is survived by a wife, eight children and twelve grand children.

Prayers were offered by various Islamic Scholars for the repose of the soul of the deceased.

By Muhammad B Muhammad
Photos by Thomas Terry