The NLS II is a multiple-supplier, multiple-award, indefinite-delivery/indefinite-quantity contract vehicle with an ordering period through June 2025 and an overall period of performance through December 2027. Each supplier that is a part of NLS II has its own individual contract with LSP. The NLS II on-ramp provision provides an opportunity annually for new launch service providers to be added as a potential supplier and to compete for future NASA missions. The on-ramp provision also allows existing NLS II launch service providers to introduce launch vehicles not currently on its NLS II contract.

NLS II contractors must have the ability to successfully launch and deliver a payload to orbit using a domestic launch service capable of placing, at minimum, a 250 kg (551 lb.) payload into a 200 km (124 mile) circular orbit at an inclination of 28.5 degrees. 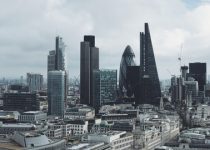