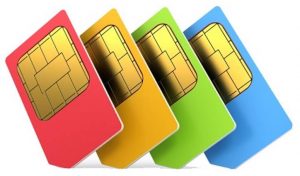 Your phone number could be blocked before Christmas for security reasons.

On Tuesday, December 15, 2020, the President Buhari-led federal government, through the Nigerian Communications Commission (NCC), announced that mobile phone subscribers who are yet to link their phone numbers or SIMS to their National Identification Numbers (NIN) would have their lines blocked.

In a press statement signed by Dr. Ikechukwu Adinde, who is the Director, Public Affairs of the NCC, the commission said:

In other words, the federal government is saying if you don’t have a NIN, and if that NIN isn’t linked to your phone number between now and the end of the year, your phone line would be unable to make/receive calls or be used for internet purposes.

The Federal Government has approved the sum of over N117 billion for the rehabilitation of roads across the country in 2021. This was disclosed by Babatunde Fashola, Minister of Works and Housing, in a press briefing after the Federal Executive Council (FEC) meeting was held in Abuja on Wednesday. What you should know in Nigeria […]

Tesla’s outstanding performance this year has gotten critics of the fast-rising tech company off their tail. The man behind such an ambitious project, Elon Musk, is now worth $155 billion and within striking distance of the present world’s richest man, Jeff Bezos, estimated to be worth $185 billion, according to data retrieved from Bloomberg Billionaire Index. […]