The Joint Admissions and Matriculation Board (JAMB) yesterday awarded N375 million to four higher institutions across the country for their outstanding performance in the 2019 admission year.

At a brief ceremony in Abuja, each of the winners was given a certificate and N75 million by the examination body. JAMB Registrar, Professor Is-haq Oloyede, appreciated the institutions for their outstanding performance in the previous year, and encouraged other institutions to emulate them.

With 108,917 candidates, University of Ilorin, was rewarded for being the Most-Subscribed university by candidates in the 2019 admission exercise, while it was also adjudged the institution with the highest number (66) of international students.x

The Federal University, Wukari was adjudged the Most Improved Institution with Gender Balance as Ogun State Institute of Technology, Igbesa, was rewarded with Most Compliant in Admission Guidelines.

Speaking at the event, Minister of Education, Adamu Adamu, described the National Tertiary Admissions’ Performance Award as a manifestation of the reward system and intervention in higher institutions in Nigeria. He said the gesture was worthy of emulation.

According to him, the award revealed that contrary to claims, enough resources were been committed to the education sector.

“The board’s support for the education sector cuts across the basic, senior school and tertiary education through its corporate social responsibility agenda.

While urging the Academic Staff Union of Universities (ASUU) to call off its strike, Adamu said the government had empowered visitation panels to carry out audit of the tertiary institutions with the aim of reshaping the education sector. 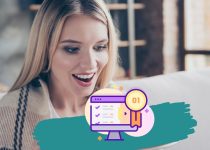