Skip to content
Italy now confirms it’s first patient infected with the new mutated UK strain of COVID-19.
Virus mutations are not unusual & scientists have found thousands of mutations among Coronavirus samples, however, this one significantly more transmissible.
UK finds new mutation of COVID-19 behind rapid spread across London.
Over 1,000 cases with this variant which suggests it is growing faster than previous variants.
“VUI–202012/01” includes a genetic mutation in the “spike” protein.
British mutation of COVID virus is 70% more infectious. It has 23 unique changes. No one knows yet what this means for vaccine effectiveness. Other nations cutting off air travel from Britain.

How dangerous is the Covid mutation? 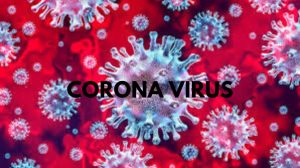 Viruses change all the time. Seasonal influenza mutates every year, which is why there is an updated flu jab annually.
So it was of little surprise to scientists that variants of COVID-19 have been detected since the pandemic.
But concerns are growing over a new strain of coronavirus identified in the United Kingdom.
The broad symptoms of the new strain are the same – high temperature, persistent dry cough and a loss or change in taste and smell.
Vaccines should still be effective against it and the new strain is not believed to be any more deadly, but people are increasingly worried because this mutation appears to be 70 percent more infectious.
The new variant, which has been named VUI-202012/01 (the first Variant Under Investigation in December 2020), is thought to have first occurred in mid-September in the country’s southeast, in the capital London or the county of Kent.
Susan Hopkins of Public Health England said the agency notified the government on December 18 when modelling revealed the full seriousness of the new strain. The UK submitted its findings to the World Health Organization the same day.
Since then it spread quickly in the southeast, becoming the dominant form of the virus there.
In London, 62 percent of cases were due to the new variant in the week of December 9. That compares with 28 percent three weeks earlier.
Faced with this rapid development, the UK government has moved to enforce stricter lockdown measures over the coming Christmas period.
Earlier, UK Prime Minister Boris Johnson had been committed to allowing people to meet for festivities. But amid rising criticism and on the advice of his scientific advisers, many Britons are now banned from mixing households until at least the end of December, when the new measures will be reviewed.
Patrick Vallance, the UK’s chief scientific adviser, said the new variant may be in other countries as well but might have started in the UK.
The Netherlands and Belgium reacted quickly, banning travellers from the UK  on December 20 in a bid to stop the new strain from spreading.
Other countries in Europe and elsewhere have since taken similar moves including Argentina, Chile, Colombia and Canada.
According to the UK’s Chief Medical Officer Chris Whitty, current swab tests are able to identify the new variant.
Scientists say the new strain contains 23 changes, many associated with alterations in a protein made by the virus.
UK Health Minister Matt Hancock has suggested the new lockdown measures might stay in place for some time.
“Given how much faster this new variant spreads, it’s going to be very difficult to keep it under control until we have the vaccine rolled out,” Hancock said.
Scotland’s First Minister Nicola Sturgeon said on Twitter that cases of the mutant strain were lower in Scotland “than the rest of the UK,” but warned, “preventative action may be necessary to stop the faster-spreading strain taking hold.”
More than 67,000 people have died of COVID-19 to date in the UK, making it one of Europe’s worst-hit along with Italy.

Nigeria’s Super Eagles will have to get the better of the Black Stars of Ghana if they hope to qualify for a fourth straight FIFA World Cup after both sides were paired up in the play-off draw for the 2022 Qatar World Cup on Saturday in Douala, Cameroon. The games will take place between March […]

Apply for Full Ride scholarship in the US. Carefully Read the instructions before starting your Application. The Full Ride USA Scholarship 2023 is accepting applications in most US Universities. The American Full ride Scholarships are easy to apply for. But before applying it is a good step to get to know about the Full Ride […]

In this Post we will show you some of the top Easy skills you can Learn and easily get a job in Canada! Some might even include Visa sponsorship. There are some skills that when they are learned, can give you an easy pathway to travel to any part of the world like Canada where […]