Former Minister of Aviation, Femi Fani-Kayode has taken to social media to reveal the reason he believes Northern Nigeria is politically superior to Southern Nigeria. 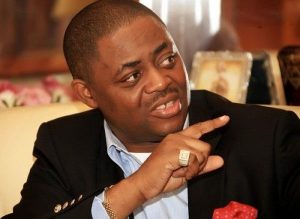 The former minister expressed that Southern Nigeria’s weakness and lack of foresight more than anything else have given rise to northern supremacy.

Fani-Kayode stated that until the south unites the region will continue to lose to the North in the power configuration in Nigeria.

“The power of Northern Nigeria lies in the fact that, despite their internal differences, the people of that region are united when it comes to achieving their political aspirations in the wider Nigerian state. That is why they have been in control since 1960,” Fani-Kayode said.

“Southerners do not value unity and neither do they recognize the wisdom, virtues, and power that lie in it. That is why they always lose and end up whining about persecution, ill-treatment, ill-fortune, and marginalization.

“It is Southern weakness and lack of foresight more than anything else has given rise to Northern supremacy and hegemony in the Nigerian state.

“It follows that Southern leaders, who spend all their time and days trying to undermine and destroy one another rather than forge a common front, are the greatest architects of the failures and doom of their own people.

“It is not the north that made us second class citizens in our motherland: we alone must take the blame for that because deep down we hate, despise, and resent one another.

“Until the south is united and until Southern leaders stand together as one the south will continue to lose to the North in the power configuration in Nigeria. This is the bitter truth.

“Until we stop seeing an Igbo, Yoruba, Ijaw, or Urihibo man and instead begin to see a Southern man in his place, we are not going anywhere and neither can we achieve anything.

Why Governor Lalong Is the Best Option For Tinubu Running Mate

A Rejoinder to Dasuki Nakande’s diatribe against Plateau State Governor Rt. Hon. Simon Bako Lalong. In politics, nothing is shocking and impossible particularly when people are contesting for a position, working to achieve a set target or assiduously fighting over an interest. However, sometimes shocking things surface in politics when people vomit hatred for people […]

The Adamawa Of North Senator, Elisha Abbo, has defected from the opposition Peoples Democratic Party, PDP, to the ruling All Progressives Congress, APC. Senate President Ahmad Lawan announced Mr Abbo’s defection in a letter he read during Wednesday’s plenary session. In the letter, Mr Abbo explained that his decision to defect to the APC is because […]

Two Ebonyi local government development centre coordinators have been sacked by Governor David Umahi after refusing to endorse the communique they considered defamatory against former Senate President, Pius Anyim.   Okorie Daniel of Ivo DC and Fabian Ivoke of Echiele DC got the boot just after leaders of Ivo council gathered on Wednesday November 25 in […]