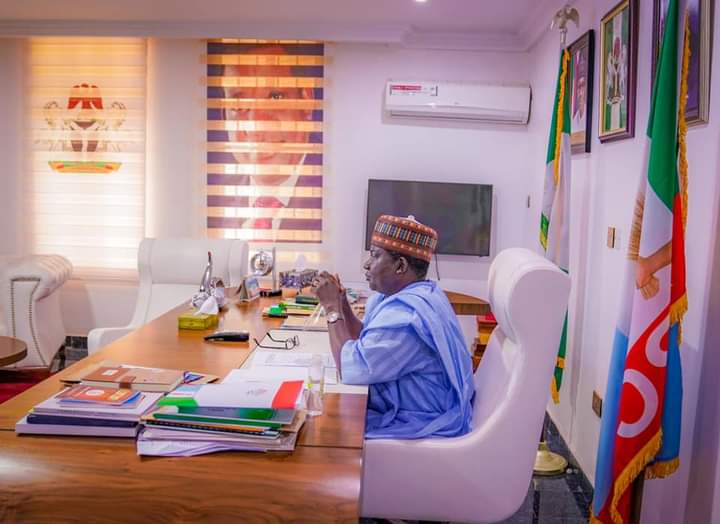 One week after Plateau State Governor Simon Bako Lalong tested positive to Corona virus, the Governor is now free of the disease after his latest test returned negative.

The Governor’s negative status was communicated to him on Wednesday night.

Lalong who has been on isolation since 17th December 2020 appreciated God for healing him of the virus and also thanked the people of Plateau State, his friends and associates all over the country for praying for him.

He again called on the citizens of Plateau State to take the pandemic very seriously by observing all protocols for prevention of infection and transmission.

On stigmatisation, the Governor said “having contacted the virus and undergone treatment myself, I wish to reiterate that COVID-19 is not a death sentence as early detection helps to address it and reduce chances of death. We should not stigmatise against anyone who tests positive or is suspected of having the disease. Rather, such people should serve as motivation for others to voluntarily test in order to improve the safety of all”.

Only yesterday, the Governor convened a stakholders meeting presided over by the Secretary to the Government of the State Prof. Danladi Abok Atu where far reaching decisions were reached on combating the virus during the the yuletide and beyond.