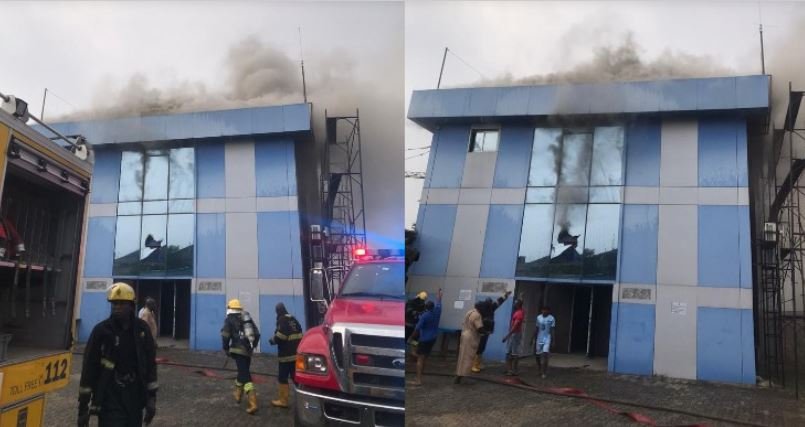 A two-storey building reportedly belonging to the HAK Air Limited on No 11 Sowemimo Street, in the GRA area of Ikeja, Lagos State has been gutted by fire. 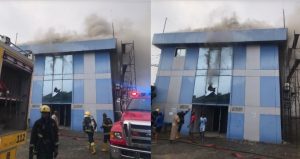 The Director-General, Lagos State Emergency Management Agency, Olufemi Oke-Osanyintolu, said an investigation revealed that the fire started from the inverter used for the solar panel in the building.

“The Agency’s response team arrived at the incident scene which consist of a two-storey building belonging to HAK Air Limited.

“Investigation conducted revealed that the fire started from the static inverter used for solar panel in the building.

“The cause of the incident could not be ascertained yet, while no injuries were recorded. The fire has been subdued with the combined effort of the Agency’s FIRE team and Lagos Fire Service.”