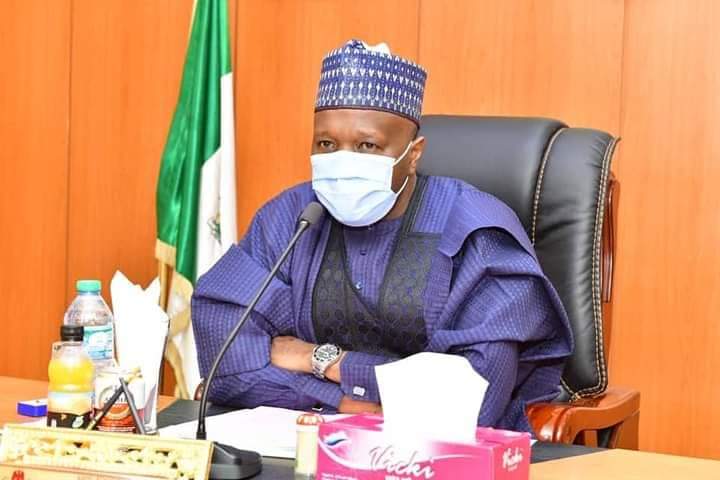 Gombe Declares State of Emergency on Water, Sanitation and Hygiene

The Gombe State Government has declared a state of emergency on Water, Sanitation and Hygiene (WASH).

This is just as Gombe state Governor, Alhaji Muhammadu Inuwa Yahaya issued Executive Order 006 to that effect by virtue of the authority vested in him by the Constitution of the Federal Republic of Nigeria.

The state Commissioner for Water Resources, Alhaji Mijinyawa Yahaya, disclosed this at a news conference in Gombe after the State Executive Council Meeting.

The commissioner said that the declaration was subject to the memo submitted by his ministry to Governor Inuwa Yahaya which was signed on November 26.

According to him, the Executive Order 006 of 2020 as signed by Governor Muhammadu Inuwa Yahaya is also aimed at ensuring that the state is open- defecation-free by 2025.

The commissioner said that the WASH statistics for 2018 which he described as “very disturbing’’ necessitated the move for government’s action in order to bridge the existing gap between access to water and sanitation.

“Part of the state government’s effort in improving access to water would include construction of 332 boreholes in different locations.

“Plans are also ongoing for the establishment of public toilets, especially in densely populated areas and specifically in motor parks, markets, hospitals and schools,’’ he said.

The commissioner said that his ministry would also embark on massive awareness to sensitise people of the state, especially in rural communities on the dangers of open defecation.

He assured that the state government is working to ensure that the challenge of water supply is addressed in the overall interest of the people of the state.

“Part of such effort was the approval of N250 million for the implementation of the Partnership for Expanded Water Supply, Sanitation and Hygiene (PEWASH) programme in the state,’’ he said.

” With the commencement of the PWASH programme in the State, four local Government Areas of Dukku, Funakaye, Kwami and Balanga have been selected as pilot LGAs to benefit from a total of 332 boreholes twenty of these number are going to be solar powered”.

The Commissioner who described the development as unprecedented in the history of the State, said the PEWASH programme will help to provide drinking water to the people while improving their sanitary conditions.

The secretariat will also implement the order by ensuring that all public places such as schools, hotels, places of worship and market places have accessible latrines within their premises.

The secretariat is also mandated to establish a steering committee for the clean Gombe state campaign with mandate to mobilize support and resources from development partners.

The Executive Council meeting which was presided over by Governor Muhammadu Inuwa Yahaya also considered and ratified the payment of compensation for lands acquired by the state government for development purposes.

Speaking in specific terms, the State information Commissioner said the State Government has so far committed eight hundred and seventy three million Two hundred and fourteen thousand one hundred and ninety eight naira fourty three kobo.(873, 214, 198, 043) in compensating the host community where the industrial park was sited as well as communities affected by roads construction projects.

ALSO READ :  [100% OFF] Mastering Piano With Amar - From Zero To Piano Master In One

These developmental projects as enumerated by the Gombe State Commissioner of information included the Bamusa, Yalangruza and Kurba Titi road which gulfed over seventy nine million naira paid in compensation and the assessment of JED properties in the Jekadafari extension project worth over 140 million naira.

In the same vain the Commissioner said an assessment of buildings in Jekadafari phase (6) has been carried out and compensation paid to beneficiaries amounting to the tune of over 157 million and the Gombe Industrial park which gulf over 80 million naira paid in compensation.

He said the State Government has equally paid compensation worth a total of thirty four million Eight hundred and five thousand six hundred and seventy seven naira sixty kobo (34, 805, 600,77, 60)land owners whose property where affected by the establishment of the Airforce base at the Gombe Airport.

The Commissioner said the State Government has acquired 207.92 hectares of land at the cost of Two hundred and forty six million Eight hundred and eighty seven thousand five hundred and fifty naira (246,887, 550) and the payment of over Twenty million was paid as compensation to residents close to the Government House for the expansion and fortification of Government house.