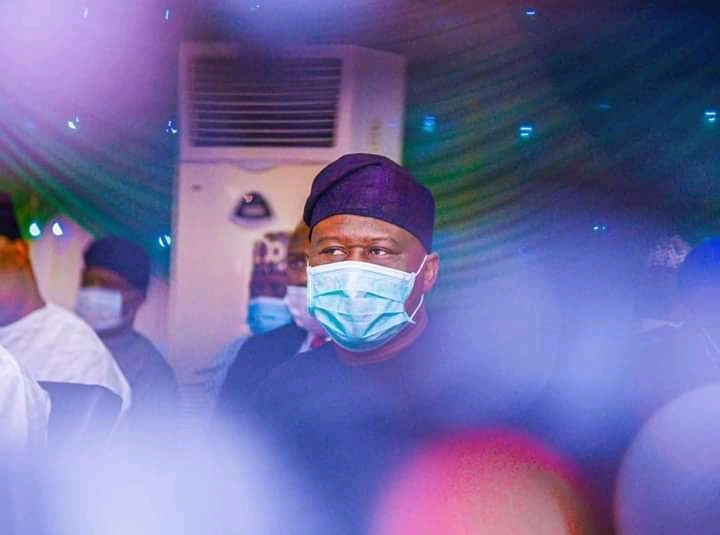 Governor Ahmadu Umaru Fintiri of Adamawa State has offered his best wishes to Residents of the State for the New Year 2021. “As we witness another year, I want to wish everyone a happy and healthy New Year”.

Governor Fintiri noted that it is always a hopeful time celebrating the end of year and the beginning of a New Year. He said that 2020 was a difficult year and urges the people to look back with the hope that better days are ahead.

“I urge you to keep hope alive for a better 2021 despite the challenges of the outgone year. We must rise up with courage and determination to meet challenges ahead”.

The Governor expressed appreciation to the People for their show of support and understanding in 2020 asking them to make more commitments to be change agents in their various communities.

“We have a lot of work to do in the New Year”. He said assuring that he’s not one to fail the People.

The freshair Governor reminded citizens of the State about the actions of the administration through massive infrastructure and human capital development aimed at putting the State on the right path.

He describes 2021 as “The year the State could get back on her feet as we work towards tackling the deficit of the past making Adamawa a reference point”.

Rt. Hon. Ahmadu Umaru Fintiri assured Residents of the State that decisions in the New Year will be in the best interest of the State. He stressed that the 2021 Budget of Stability is anchored on ensuring a brigther future for Adamawa.

He said the State could look forward to realism and optimism in 2021 because of the expected positive changes in Education, welfare system and pensions aside more infrasttuctural development across the State.

The Governor has one appeal. “I urge you to rise up devoid of sentiments and contribute to building a stronger Adamawa. 2021 would be a significant year for the State, and a vital year for our growth and development”.

Governor Fintiri also assured that Government will build an economy fit for the future and taking a balanced approach to Government spending by investing in things that matter- Education, Security, Women and Youth development and Housing.

The goal according to the Governor is to ensure more good jobs, and more opportunities for young People especially in agriculture to get on with life.

The ATM Governor reminded the People that every year brings its challenges, pointing out that the real test is not whether challenges come. “It’s how you face them. I believe 2021can be a year of renewed confidence and pride in our State”.

While also advising the People to face opportunities ahead, the Governor believes that shared interest and ambitions can bring the People together because “We want to see an Adamawa that is stronger than it is today”.

While commending the Military and other security agencies in the forefront of the fight against insurgency and other crimes, Governor Fintiri assured that peace and security remain pre-requisites, and will do more to further enhance security of lives and property and stem the scourge of insecurity.

The Governor who appealed to the People to keep hope alive said he’s not deterred by the work of critics.

“I assure you that we refuse to be discouraged by those who have taken it upon themselves to pick on every initiative and effort of this administration.

We remain resolutely committed to building on our achievements and would not look back”.