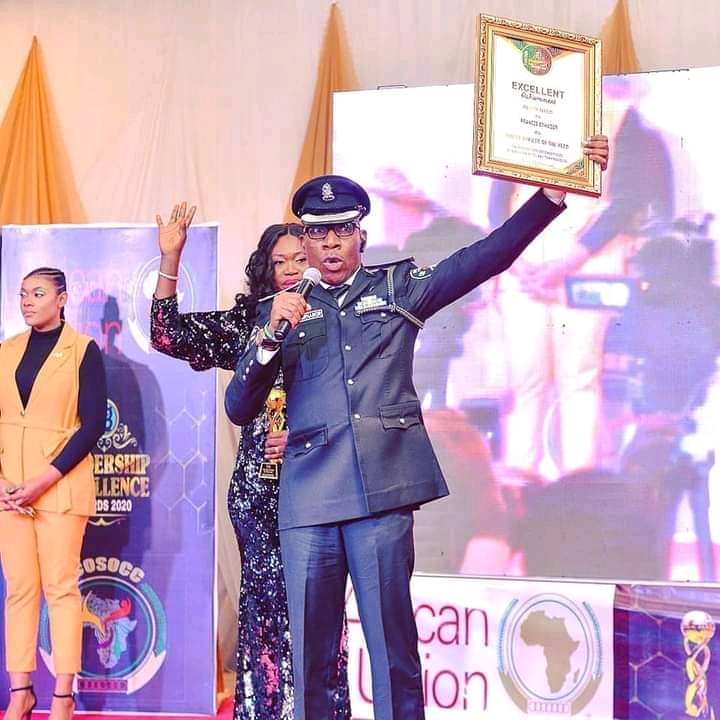 CSP Francis Osagie Erhabor, the policeman and divisional police officer (DPO) in charge of ‘D’ division Itam in Uyo, the capital of Akwa Ibom state, who is acclaimed to have never taken a bribe since over 30 years in active service, has resigned from the profession.

Erhabor, who made headlines after rejecting a whopping N864 million bribe, was on December 10, 2020, at the Sheraton Hotel and Towers, in Abuja, during the 2020 IgbereTV Leadership Excellence Awards named ‘Police officer of the year’ after coming tops in the nationwide online voting.

Speaking in an exclusive interview with IGBERE TV on New Year day, 1st January 2021, the police officer lamented that he feels cheated by the system, having been denied promotion more than thrice despite all his efforts and sacrifices for the police force and the country.

His words: “I joined this noble profession as a cadet inspector on the 2nd of April, 1990. I was 17 years plus at the time. I was told by cerebral and seasoned Police officers like AIG Albasu, AIG Akagbosun, AIG Iyamabo, and DIG Ugowe all retired, that the force needed folks like me. Youths who were patriotic and passionate.

“I loved and believed in this project called Nigeria, and the profession, the Nigeria Police was a great platform to serve my fatherland. I sincerely believed in this job, loved this job and sacrificed so much for this job.

“Looking back, all I see is “nobody cares”. Being cheated out of promotion not once, twice or thrice. Served over thirty years meritoriously and stainless by God’s grace, and not honoured by the system, instead have only enjoyed promotion only 5 times. I thank God for His grace, that insulated me for the past 30yrs.”

On how he rejected N864m bribe, CSP Erhabor said, “As a pipeline Commander in Edo state, I turned down N6.5m weekly; N24m monthly; N288m yearly, and a whooping sum of N864 for the 3years I served as a commander.”

Asked if he regrets his actions, he said, “I have no regrets for doing this.” “If given the test again, I will repeat same feat, without thinking twice, even though some of my colleagues term me a fool,” CSP Erhabor added.

“I even volunteered as an instructor, to train Police Mobile Personnel at Limakara, Gwoza, Borno State for over 3 years. Discharged my duty as an instructor, in the most harshest and difficult condition, without any commendation reward, or promotion, and today only for just working within the corridors of power; or being able to grease some palms or, as claimed, being attacked because of #EndSARS, Juniors will just be promoted above their superiors just like that.”

He said he feel hurt seeing his junior police officers promoted over him, insisting nothing had been done by the Force despite the formal complaints where he asked for the ratification of his promotion.

“I have witnessed my juniors get promoted over me over and over again, and it hurts deeply. I filed a complaint, asked for ratification of my promotion date, and was even investigated, with the outcome verified in my favour, yet nothing has been done to remedy the situation.”

‘I have wasted 30 years serving my fatherland’

CSP Francis Erhabor said he feels he has wasted 30 years of his precious time serving his ‘fatherland’, in a police profession he once believed to be a “noble” one.

According to Erhabor, rather, the system rewards mediocrity, nepotism, and all other ignoble acts and care less about those who tread on the path of dignity and honour.

“This profession I once called a noble one, doesn’t care about those of us who tread the path of honour and dignity. I once had a dream about the the Nigeria Police Force, becoming the people’s force; the country’s pride. So sad, I no longer believe in the system as a noble one, but one were mediocrity, nepotism, and all other ignoble acts are given higher preference.

“I am sorry I let all my fans down. I am deeply sorry for not finishing where you all expected me to finish. Thanks for your strong and relentless faith in me. I remain forever grateful to you all,” CSP Erhabor added.