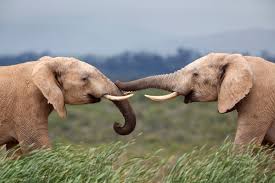 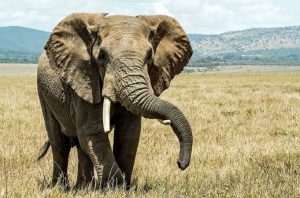 Once upon a time, there were two good friends in the Animal kingdom who later became great Enemies. Mr. Tortoise and Elephant were very good friends not until the milk turned sour.
Mr. Tortoise was a lazy man who always depend on his friend Elephant for food and most times defence after causing troubles to other animals in the kingdom.

One day, they were working on Elephant’s farmland near the big village river where Mr. Tortoise claimed He was stronger than his friend the Elephant. The Elephant laughed and laughed… Even the whole of your family and relatives cannot do me anything! I will crush you to death but since you are my very good friend, I will not kill you; The Elephant boasted!

The wise Tortoise brought up a plan : Since you think I am not as strong as you are, Let us meet for battle in the village river in five days time. You will be at the top of the river and you will throw down a rope to me inside the river and we will both drag it. Let us see if you will be able to pull me out of the river; the wise Tortoise narrated.
Oh! I am ready for you. I will show you that I am not just called Elephant for nothing sake. We shall see! The angry Elephant told the Tortoise while leaving the farm.
After they departed, the Tortoise went and made the same boast with the Aquatic Elephant in the village river. But this time, He told the Aquatic Elephant that He (Tortoise) will be at the top of the river and throw down the rope. “Immediately you see the rope inside the river, start dragging it without looking at the river top. If you are unable to drag me down the river, you will be left with no choice than to accept that I am stronger than you”; The wise Tortoise added. The both parties agreed and decided to get ready for the day. Lo and behold, the day for the competition came and all the parties concerned were present. Mr. Tortoise hid himself in the bush around the river’s edge while the two big Elephants were busy dragging the rope. They drag and dragged… Until they all got tired. The aquatic Elephant decided to bring out its head outside the water to see what was going on at the top of the river only for him to see that He was battling with another big Elephant. Immediately they both realised it was a setup by Mr. Tortoise. They vowed from that day to crush Tortoise Whenever and wherever they see it. This was why the Elephant and Mr. Tortoise became great enemies. * 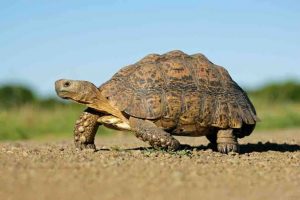 Until the rotten tooth is removed; the Mouth won’t chew well! *THE END!!

*LESSON: Wisdom is a great weapon!