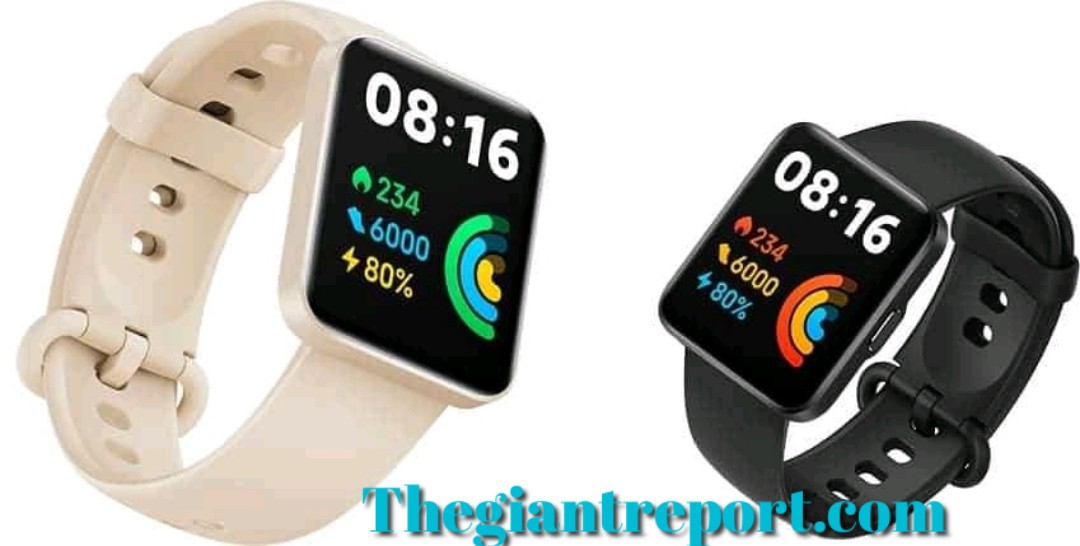 Last Updated on December 14, 2021 by thegiantreport

The Redmi Watch 2 Lite smartwatch has been launched in Europe, just a few days after the Xiaomi sub-brand announced it The Chinese tech behemoth is focused on making its accessories available outside the company’s home country. As part of this strategy, Xiaomi has been launching new smartwatches and pairs of wireless earbuds in multiple regions lately. A new Redmi Watch is the latest entrant in the company’s already impressive portfolio of wearable devices.

The pricing seems to be slightly steeper considering that it is a Lite version of the Redmi Watch. However, it is worth mentioning here that electronic devices have comparatively higher local taxes in Europe. You can head straight to the Mi store for Germany to place your order. The wearable is likely to retail for around INR 5,000 in India.

The Watch 2 Lite sports a square-shaped screen that has curved corners. Thick bezels encompass the display. However, the bezels are relatively slimmer than previously launched Redmi smartwatches. The watch comes with a 1.55-inch display that supports touchscreen and offers a resolution of 360 x 320 pixels. Furthermore, the Watch 2 Lite offers more than 100 sports modes. These include swimming, cycling, running, walking, and more.

Aside from that, the wearable supports a wide range of health and fitness-centric features. For instance, it offers SpO2 Blood Oxygen level and heart rate monitoring. On top of that, the Watch 2 Lite supports BDS, GLONASS, Galileo, and GPS. Furthermore, the watch is 5ATM rated for water resistance. It also offers a battery life of 10 days on a single charge. The watch draws its juices from a 252mAh battery. Also, you can choose between Blue, White, and Black color options.

The Redmi Watch 2 Lite is currently available in Europe, Spain, Italy, and France via the Mi store. Xiaomi unveiled the Watch 2 Lite back in October. Since then, the watch’s black color option went on sale on AliExpress. Although the watch is currently listed on Xiaomi Spain, it is not up for sale yet.