Venezuelan Bolivar- The Weakest Currency in the World

The Venezuelan Bolivar ranks as the weakest currency in the world with some of the highest exchange rates. Venezuela is situated at the north end of the South American region.

It was already trying to recover from a steep economic decline trying to shift to the market economy when the pandemic hit, spiraling it down to the worst in the list. Sanctions on the country contribute to the worst economic situation of this South American country.

The Iranian Rial ranks as the second weakest currency in the world. Its economic Collapse started as far back as 1979 in the wake of the Islamic Revolution, which led to many businesses leaving the country due to uncertainty.

Since then, Iran has faced a further downfall in the Iran-Iraq war and nuclear sanctions. The sanctions were lifted briefly in 2016 but reinstated more harshly in 2018 and then again in 2022.

The Vietnamese Dong ranks as the third weakest currency in the world.

Still recovering from wars and shifting from a centralized to the market economy has taken its toll on the country and how it operates. Vietnam is currently amongst the poorest countries in the world.

However, leading economic experts reassure that Vietnam is on the right path and will catch up to other countries sooner rather than later.

Indonesia is one of the relatively well-off countries from Southeast Asia. Their economy is stable, and the country is well on the developing side of things and is overall pretty well off. However, their currency rates are incredibly low.

The regulatory bodies have been trying to fix this by issuing new banknotes in denominations of 1 thousand to 100 thousand to replace the older banknotes and other changes to no avail.

The Indonesian Rupiah remains to be one of the weakest currencies and hopes to advance soon. 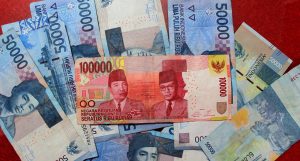 Sierra Leone, located in West Africa, is one of the poorest countries on the continent, and subsequently, has one of the world’s weakest currencies.

Civil uproars, a recent war, and recurring combats with deadly viruses like Ebola keep the country from focusing on economic prosperity, resulting in one of the weakest economies.

That, coupled with the COVID-19 pandemic, has made matters even worse for the country as its economy devalued even more in the last two years than it had previously.

The Laotian Kip, belonging to Laos in Southeast Asia, is rare. This is because it is the only currency on our list that has not been devalued.

At its independence, the Laotian Kip was already issued at very low rates to the people back in 1953.

In fact, the Laotian Kip has actually strengthened and grown against the global currencies like USD and will probably keep doing so as time goes on.

Central-Asian country, Uzbekistan, ranks fifth on the list of the weakest currencies of the world. Part of the third-world, Uzbekistan has not been very well off.

In 2018, however, many regulatory measures were taken to elevate the Uzbekistani Som in the global economy.

While they have been mildly successful in helping the economy grow, Uzbekistan still has a long way to compete on an equal footing in the global market.

Africa is chock-full of immensely valuable minerals, especially in Guinea. However, the country remains to have one of the weakest currencies in the world.

With high poverty rates, gang issues, and inflation, the country remains one of the world’s poorest. Its economy is one of the most inflated worldwide.

However, it has shown some improvements in the last few months, with the currency growing strong by about a few hundred Franc.

Paraguay is the second poorest South-American country and the ninth weakest currency in the world. Due to a combination of economic failure, poverty rates, high corruption, and a tiny service sector, Paraguay has not been able to advance economically in recent years.

It is a frequent exporter of soybeans and cotton. However, this has not been enough to combat the growing poverty and economic disruption in the country.

Cambodia is a monarch state in Southeast Asia and the tenth on our list of the weakest currencies. The Cambodian Riel began its life in 1995 in an effort to replace the Indochinese Piaster.

It was issued at very low rates and was not popular among the locals, leading it not to be able to progress in the global market.

Even now, the Cambodian Riel remains one of the more unpopular currencies in the area.

The locals prefer to make payments using US dollars and other, stronger currencies, leading the currency to devalue even more so. 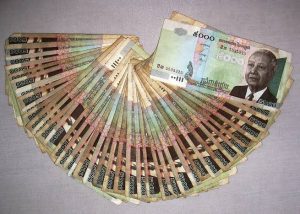 How To Start Mini Importation Business in Nigeria

In this post we will Show you some of the best instant loan apps with Low interest Rate in Nigeria. If you want to borrow or get Loan from One of the numerous Loan Apps or platforms we have out there then this post will be perfect for you. If you’ve been wondering how to […]

This guide shows you how you Can easily get free airtime In Nigeria from jiji. All you need to do is to install the jiji app and perform a simple task. We will show you how to do it here. Country hard! And not everybody can afford buying airtime everyday for Data purchase or Call. […]