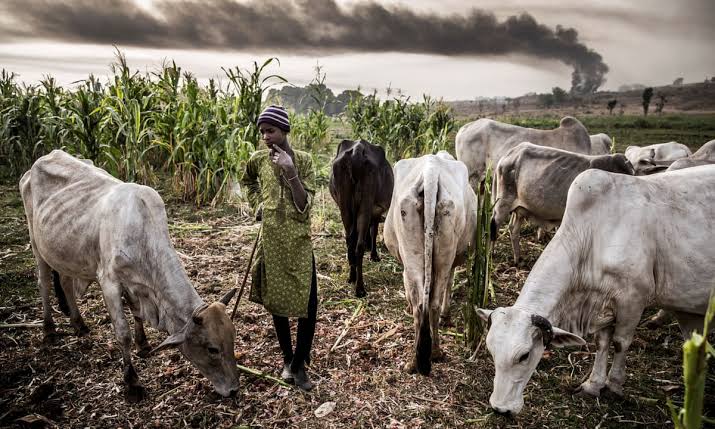 Last Updated on June 7, 2022 by thegiantreport

The Federal Government has launched the distribution of 6,800 cows to victims of conflict and flood disasters for ten local government areas in Taraba State.

Mr. Mustafa Habib, Director General of the National Emergency Management Agency (NEMA) made this known on Monday at the distribution of 3,996 cows to victims of the Mambila crisis in the Gembu local government area of the State.

Habib, who was represented by the Deputy Director, Research and Forecast, in the agency, Abdullahi Adamu said that the distribution of cows was part of the 2018 Emergency Agricultural Intervention Programme for victims of flood and conflict disasters.

Habib explained that the program was an initiative of the National Food Security Council (NFSC) which was splited into crop farmers’ and pastoralists’ components.

He informed that the intervention to crop farmers had already been carried out, adding that the second component which was the distribution of cattle to pastoralists had just begun in the state.

The DG added that the delay in the implementation of the second phase of the program was due to procurement challenges and the outbreak of the Covid-19 pandemic.

He advised the beneficiaries to take advantage of the relief items as a way of restarting their source of livelihood, as well as the people of the Mambila plateau to eschew bitterness and embrace peace for the development of the area.

Also speaking, Mr. Ayuba Ladan, Head of the NEMA operations office for Taraba and Adamawa States said that the 3,996 cows were distributed to 1,998 beneficiaries from 11 crisis-affected communities during the 2017 crisis in the Sardauna local government area of the state.

Ladan revealed that two cows each were distributed to beneficiaries for breeding, while he identified security threats as a major challenge in the course of the operation.

He noted that it took the intervention of security operatives to clear the road for the operation to be successful.

Ladan, however, explained that the agency collaborated with the community leaders and state officials of Taraba State Emergency Management Agency (TASEMA), the State Ministry of Agriculture to achieve the distribution to the targeted beneficiaries.

He assured that the cows distributed were healthy for production, adding that the officials of the state Ministry of Agriculture had verified the livestock and had certified their productive and health conditions.

Ladan, therefore, urged beneficiaries not to sell their cows to merchants.

Engr Ahmed Isma’Dili, Representative of Adlinco Construction Company Nigeria (LTD), the contractor supplying the livestock said that the contract was awarded for the supply of 6,800 cows for victims of the 2017/2018 crisis in Taraba.

Isma’ila said that he was able to outsource the stock within the local cattle markets in the state, assuring their suitability for breeding purposes.

Ismaila, also explained that the contract included the provision of feeds and drugs to sustain the stock until their onward distribution to beneficiaries.

He also revealed that the company had engaged the services of livestock production experts in the purchase of the livestock.

ALSO READ :  ECOWAS to launch eco as single currency in 2027

Alhaji Umaru Zubairu, the village head of Gembu as well as a beneficiary of the intervention thanked the Federal government for the gesture.

Zubairu said that the intervention would go a long way in relieving victims of the 2017 crisis who lost all their livestock.
He gave assurance that his subjects would not sell their cows to merchants as the assistance was their source of regaining their livelihood.

It could be recalled that the crisis erupted between the Mambila tribe and Fulani in Gembu in 2017 that caused wanton destruction of property, especially cattle and lives.