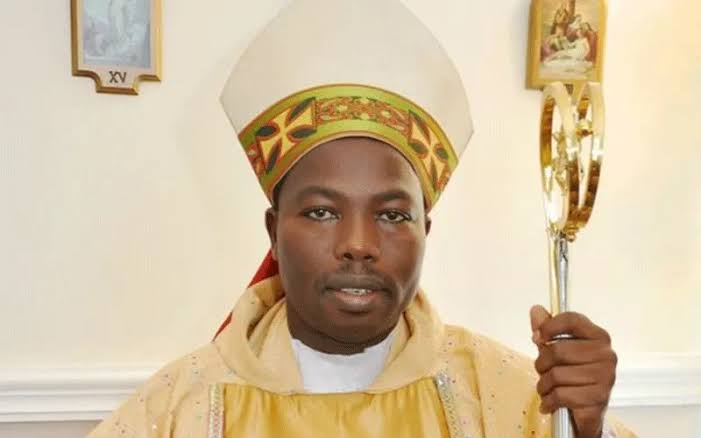 The Catholic Bishop of Yola diocese, Bishop Dami Mamza has urged Nigerian political parties especially the two leading parties never to field Muslim-muslim or Christian-christian ticket as such move will be dead on arrival.

Mamza who made the position at a press conference in Yola, Sunday said such action is repugnant and discriminatory.

He noted that no amount of rigging can make a Muslim-muslim or a Christian-christian ticket win in Nigeria.

Mamza observed that Nigeria of 1993 when Abiola and Kingibe were fielded on a joint ticket is not the same Nigeria of 2022 and 2023 as the political dynamics have completely changed.

“My intervention is actually a request from a lot of people across the state that have asked my opinion regarding the present political situation in our country particularly the issue of choosing a running mate by the two major political parties particularly the ruling party.

” No doubt about it a Muslim-muslim ticket will be dead on arrival and I’m sure and I’m also speaking the minds of christians across the country that if that happens, that party should not consider christian to vote it. It is also the same thing with christian-christian ticket. You can’t think of that. If a Christian-christian ticket should happen in this country, the Muslims also have the right not to vote for that particular party because we don’t want a situation where we are divided along religious lines.

“Some governors are saying that they have done it and nothing happened but ask about the feelings of those who are living in those states, the tension frustration, the lack of inclusion and the lack of participation in political affairs in some of these states.